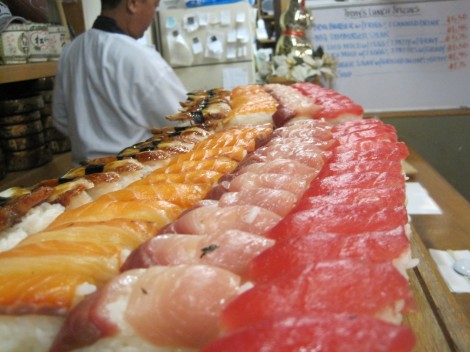 JUST KIDDING! We did eat a lot on this trip – but we did not eat THAT much sushi!! I took a picture of this order that came from a table of about a dozen hungry high schoolers out for a night on the town after their graduation – looks good doesn’t it?

We started off strong with a 20 piece order of hamachi, salmon, and unagi (with a bit of surfer clam and masago scallop handroll on the side) 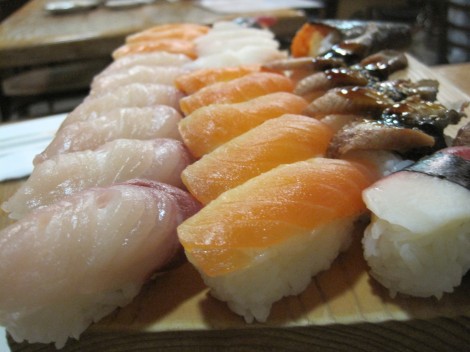 Followed by an order of just handrolls: spicy salmon, hamachi and unagi, the hawaiian roll, and more masago scallop roll 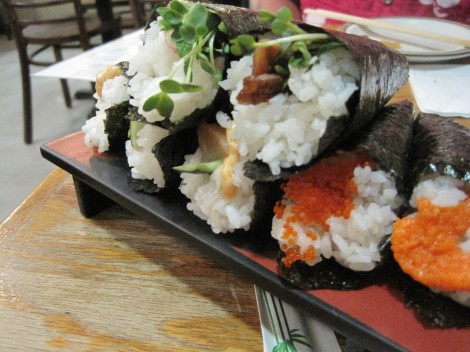 Then we were in the mood for nigiri sushi – tako, unagi, hamachi, and mackerel 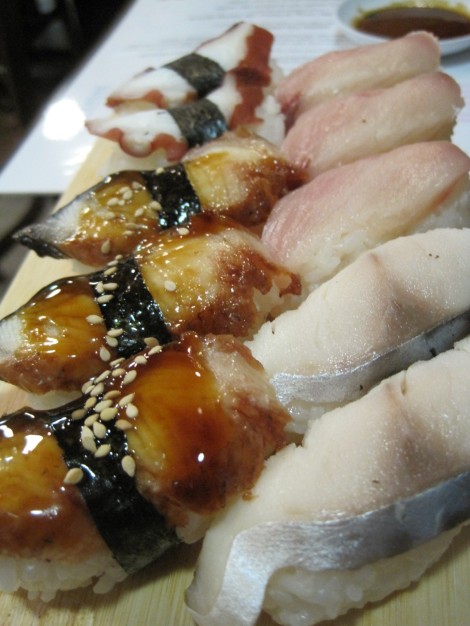 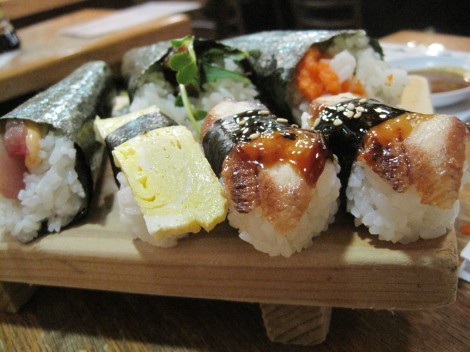 For me, the nigiri sushi was just perfect – fresh fresh fish and not too much rice, a great balance. I usually don’t like handrolls from any sushi place just because I tend to think that they are stuffed with rice – I also got that impression at Kats Sushi, although I don’t think that their handrolls had any more rice than other handrolls that I’ve had from regular a la carte sushi places. Like most sushi buffet places, there is a penalty for any unfinished pieces! Anything that is left uneaten will be charged at the a la carte price – we were able to pace ourselves so that we were happily satiated but not overwhelmingly full … that is the best feeling to leave a buffet with.